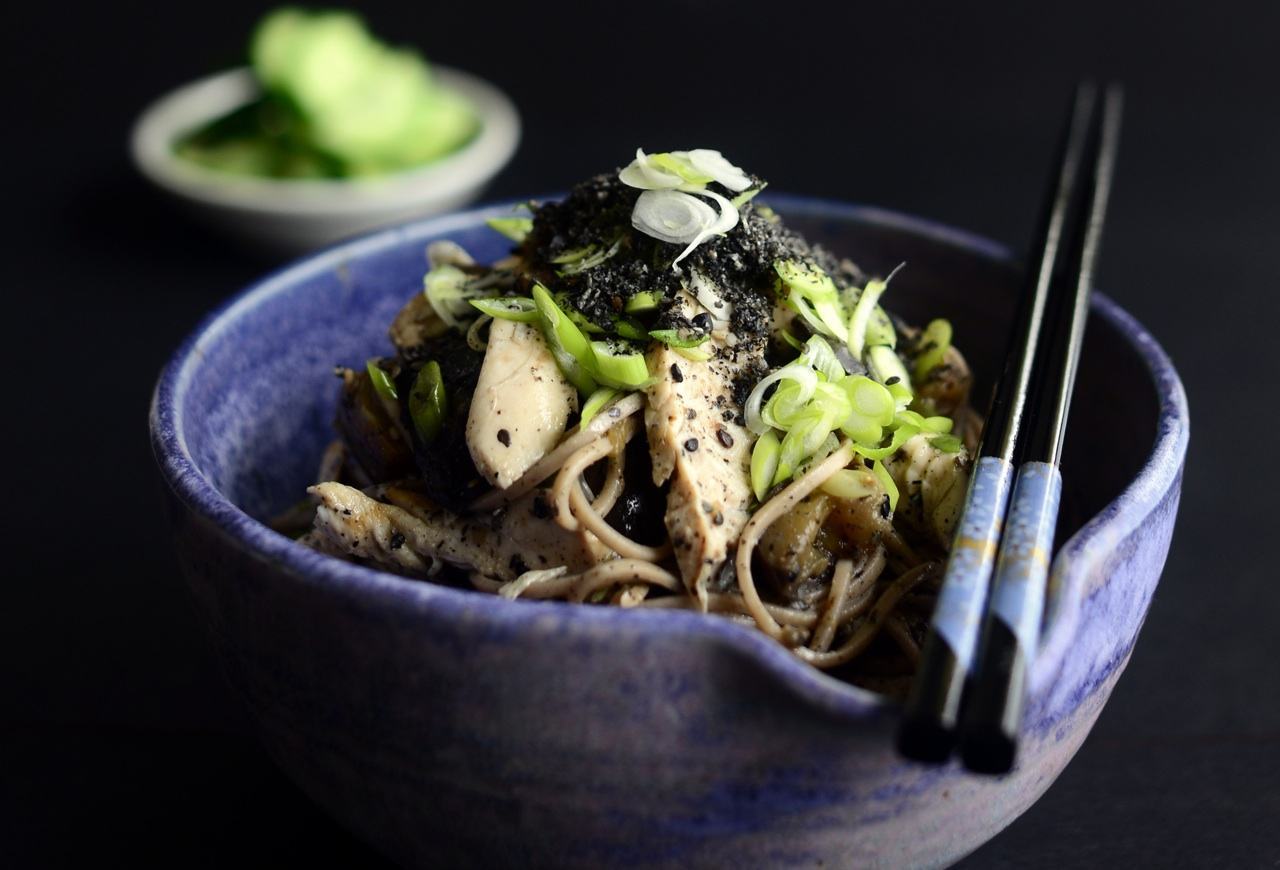 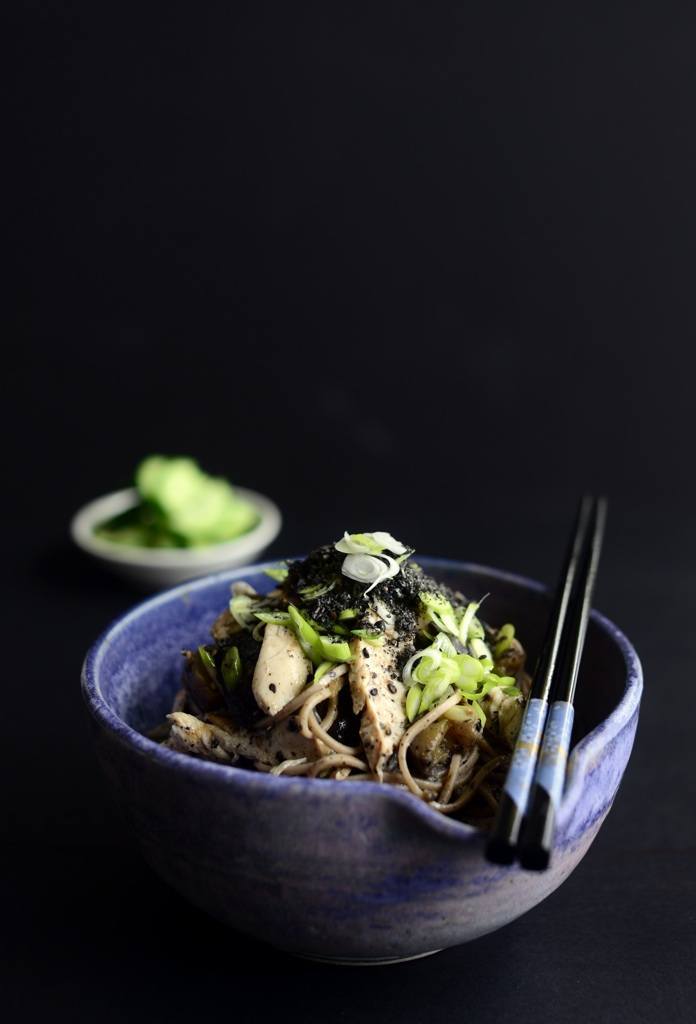 3 small chicken breasts, about 200 g each (organic if possible)

1. Bring chicken stock or water to the boil with ginger and star anise in a small to medium sized suacepan and simmer for 10 minutes. Add the chicken breasts, turn the heat down to low and cook gently for about 20 minutes, until done. Remove, cool a little and slice thinly.*

3. Bring a large saucepan of water to the boil. Add soba noodles and, when the water boils, ½ cup of water; allow to boil again and add another ½ cup of water (this stops them from going gluggy). Simmer rapidly for about 5 minutes, until the noodles are tender but still have a slight chew. Drain and rinse under cold running water then drain very thoroughly. Add to the dressing and toss to coat.

4. Heat a large saucepan over medium heat and dry toast the sesame seeds for about a minute, being careful not to burn them: as soon as you can smell the toasted scent they’re done. Remove from the pan and cool completely. Using a mortar and pestle, grind the seeds and the sea salt to a rough, gravelly dust.

5. Return the saucepan to the heat and add sesame oil, swirling to coat the surface. Add the eggplant with a little salt and cover with a lid. Cook for about 10 minutes, shaking the pan constantly to keep the eggplant moving- you want it to develop a bit of a crust but not to burn. Add a little of the leftover stock if it starts to stick and remove from the heat when very tender.

6. To assemble the salad toss the chicken, eggplant and half each of the shallots and gomashio with the noodles.  Divide noodles between four or five bowls, or arrange on a serving platter. Garnish with remaining gomashio and shallots and serve with cucumber on the side.

* Reserve the strained stock for a later use: it’s delicious in Asian noodle soups and slow-braises.